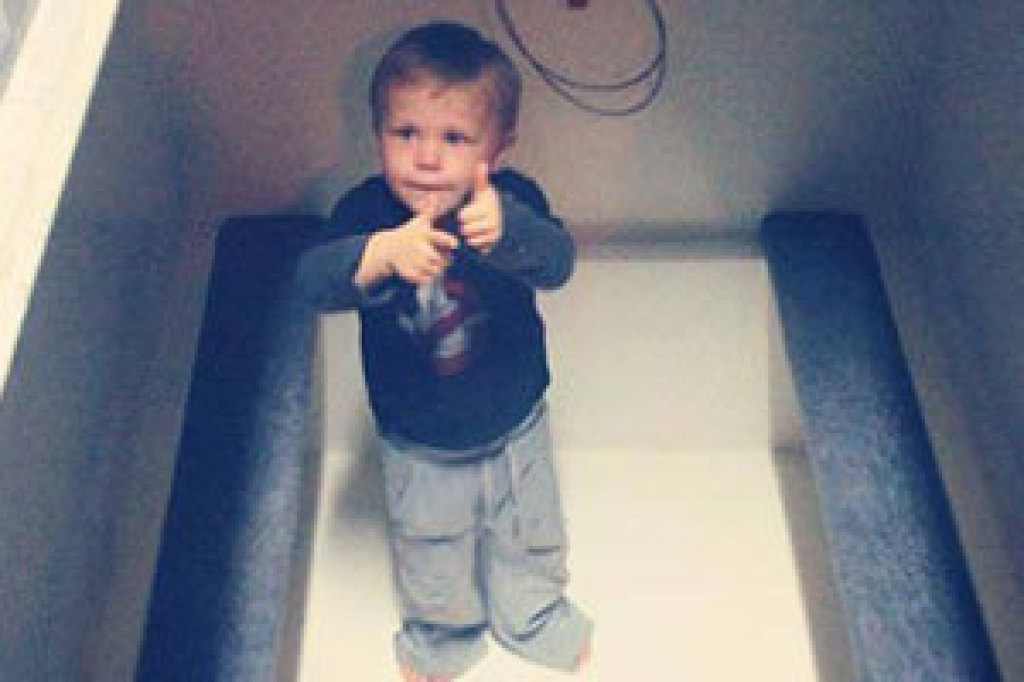 On May 3, 1999 an EF5 tornado struck Moore, OK that’d record wind speeds of over 300mph. After that 1999 tornado, we realized that not everybody in Oklahoma had the room to install a septic tank shelter. People had very, very limited choices with respect to protecting their families from tornadoes. At that time, underground storm shelters in Blackwell were not installed in half the houses they are now.

This was a good idea for sheltering people and keeping them out of the weather but it had its downfalls. It stuck up 4 to 5 inches away from the garage floor, had poor ventilation, rusted out fast, and had steep, awkward ladders for entry and exit. Many of these underground storm shelters in Blackwell weren’t installed properly and have actually floated up out of the ground due to buoyancy and ground water. We took note, and made history.

In 2003, the FlatSafe Tornado Shelter was invented. We engineered our underground storm shelters, to be set up in-garage to deal with the destructive forces involved with tornadoes that would offer our Blackwell clients peace of mind and supply them with the maximum probability of survival in an EF5 tornado.

With potential wind speeds of 300+miles in mind, we recognized that vacuum is among the most damaging forces which tornadoes create. It does not take much vacuum pressure, with respect to psi, to cause structural damage. To counter vacuum forces, FlatSafe made a lid system that permits 360o of venting for quick equalization of pressure inside the shelter. By promoting the pressure inside of the shield to quickly equalize with the outside pressure, the secured lid system is held firmly closed.

We recognized that 300+mph winds can cause tremendous damage to whatever it slams against so we sought to lower our exposed surface area as far as possible. The patented FlatSafe lid system only sticks up 1/4″, so there is very little surface area affected by horizontal wind speeds.

Since FlatSafe Tornado Shelters are under ground, it’s out of the way of horizontal winds and the debris thrown and circulated by it. So the only debris to worry about is falling debris. We knew that all debris falls at exactly the same speed and only mass determines its impact. Our 1/4″ plate lid is larger than the shield opening and is reinforced to absorb and withstand any falling debris that might land squarely on it. We designed it to provide more than sufficient ventilation (breathing) even after impact.

The FlatSafe Tornado Shelter was engineered to meet all of the regulations and criteria that were available. It was also engineered with corrosion protection options to ensure that the shelter would last as long as the home and the homeowner. FlatSafe supplied the first single-lid design and was the first low-profile, in-garage shelter offered. The lid is 1/4″ thick steel plate with additional structural tubing to give additional strength. The single-piece lid is bigger than the frame of the saferoom opening and sits over the frame, not down within the frame.

Our lid system is a lot stronger than the normal 2-piece lid system offered by everyone else and provides more than adequate ventilation to the occupants. FlatSafe was the first to encase shelters in ready-mix concrete to counteract buoyancy and floatation. The FlatSafe shelter design doesn’t remove from a homeowner’s usable garage floor area.

FlatSafe below ground storm shelters permit easy entry and exit, provides a powerful system for leaving with debris on the lid, and leaves Blackwell residence with the reassurance that they have a very large probability of surviving a direct hit from an EF5 tornado.

Since 2003, FlatSafe has established itself as the innovator in the in-garage, low profile, below ground storm shelters business. Many FlatSafe shelters have taken a direct hit from an EF5 tornado and our clients rave about the protector performance and their option to purchase. FlatSafe continues to push for new invention and continues to push for more stringent and thorough codes to protect the families in and around Blackwell.

Contact our dedicated experts today at (866)520-FLAT to find out more about the installation of our storm shelters in your Blackwell home.